Many of you have asked about Libby in the months since she went to her forever home.  I was Libby’s foster mom, and I am happy to say Libby came to visit me today!  She looks incredible!  It is almost impossible to believe she is the same dog we took in back in July 2019.  Not only is Libby at the perfect weight now, but her coat has improved dramatically.  She is a happy, sweet girl (she always was) and she is now living her best life with her mom (who also happens to be Libby’s surgeon), Andrea.  Andrea says Libby adores her walks most of all, and she greets everyone – canine or human – with the amazing zest for life that Goldens have.  Andrea adores Libby and says Libby gets along beautifully with her canine brother and sister.  Okay, Andrea admits that Libby’s canine brother, who is “old and grumpy,” would prefer a sister with less energy, but there is peace in the household.

GRRCC will be forever grateful to everyone who donated to Libby’s surgery or said a prayer for her.  What a fabulous success story, and what a fairy tale ending that Libby was adopted by the surgeon that saved her life. 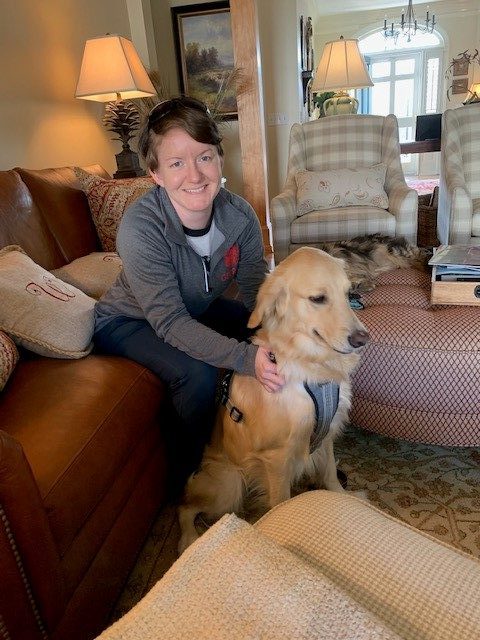 Libby was turned over to GRRCC the week before her third birthday.  At the time of her intake, Libby weighed just under 29 pounds.  That’s right – she was almost 3 years old and she weighed less than 29 pounds.  According to her vet records, Libby was last at a “normal” weight when she was about 6 months old; she weighed 38 pounds at that time.  We don’t know what happened, but Libby began to throw up her food at that time, and from then on her body started to deteriorate.

When our vet examined Libby, she first suspected megaesophagus, but that was soon ruled out.  All we knew was that Libby could neither eat normally nor drink water without coughing, gagging, and retching.  The vet suggested canned food only, and that has to be fed to Libby one small spoonful at a time, with 3-4 feedings daily.  The only way to keep Libby hydrated is to make unflavored gelatin cubes and give them to her several times a day.  That is how Libby’s foster mom has been feeding/hydrating her since the beginning of July.

Libby was taken to an internist by her foster mom and several tests were run, including barium swallow tests, an ultrasound, and a GI panel.  A tentative diagnosis was made, but the main focus early on was to try to help Libby survive.  Her body condition at this time was between a 1 and a 2, with 1 meaning “imminent death.”  But Libby has a strong will to survive, and she eats what is offered to her with gusto.

Libby’s internist remarked that he has never had a more willing, compliant patient.  She has never complained about anything that has been done to her, and her tail wags constantly.  Libby gets along beautifully with other dogs, cats, and people of all sizes and ages.  She has a zest for life and is grateful for every moment now that she is no longer starving to death.

The specialist feels that Libby is suffering from some form of cricopharyngeal dysphagia or asynchrony.  This condition is complicated, but basically it means Libby’s swallowing mechanism does not function correctly.  Food and water tends to “go down the wrong way” and this causes Libby to cough, gag, and – in the past – throw up her food.  This is why Libby continued to lose weight from about 6 months old.  It’s really a miracle she survived for 2 ½ years with this condition.

Her food must be just the right consistency to go down her throat and into her stomach.  Too dry and she coughs it up, too wet and it comes apart in her mouth and goes down the wrong way.  She is in danger of aspirating food and water into her lungs, which could result in pneumonia.

Because Libby is such a wonderful dog, with a true Golden personality, and because she is only 3 years old and should have a long, happy life in front of her, GRRCC has decided to pursue surgery for Libby.  The specialist feels this is her ONLY chance at a normal life.  The surgery for Libby’s condition is not always successful, but we feel we need to give Libby this chance. 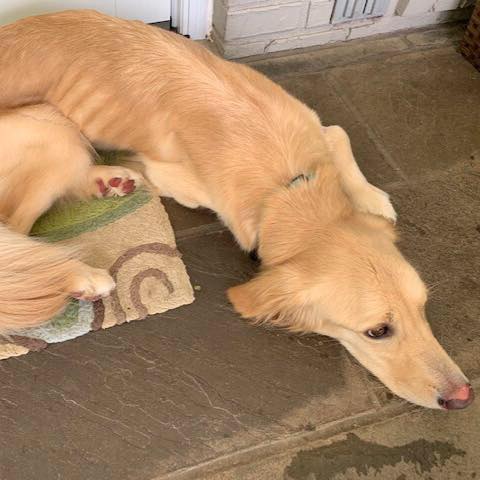 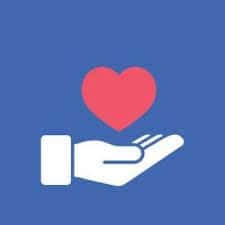